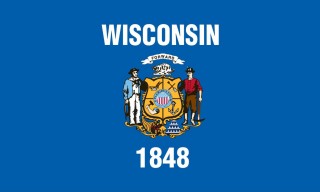 Telemarketing was the biggest consumer complaint in Wisconsin.  And not just in 2013, but for over the last 10 years.  For those that think Telemarketers weren’t as bad as all that, Telemarketer complaints where nearly double the #2 complaint:  Landlord/Tenant disputes.  Yes, Telemarketers seem to be worse than slumlords in Wisconsin by a landslide.  I’m sure it ranks up there for other States, too, but this article was only about Wisconsin.

Many of the complaints involved automatic robo-calls (I understand that), and scams that target the elderly.  And I’m sure there was some “Do Not Call” violations in the mix, as well.  Some of the medical alert programs using telemarketing appear to be scams, so if you do have an elderly person in your care, you might want to make sure any medical alert product you get is trustworthy.  And if you get an unsolicited telemarketing call for one, be extra dubious.

I know Telemarketers like to boast about how valuable telemarketing is to US economics, and think of the poor telemarketers just trying to squeak out of living.  But the truth is that most of the time they are offensive, intrusive, and just not wanted.  Otherwise there wouldn’t be the hundreds of State and Federal  laws regulating and prohibiting so many aspects about Telemarketing.  I know some are legitimate, but most of the calls many people get don’t fall into that category.  If you ask to be put on their Do-Not-Call list, they laugh, hang up, or curse  you out.  Likewise if  you tell them you are on the Do-Not-Call list.  These violators are not worth any contribution to the economy.

But you can do something – Talk to them.  The one thing they need to do in order to make a profit, and profit is only reason they exist.  And while they are talking to you, they aren’t talking to that little old lady that just might fall for their pitch.

You can read the full article at The Wisconsin State Journal.