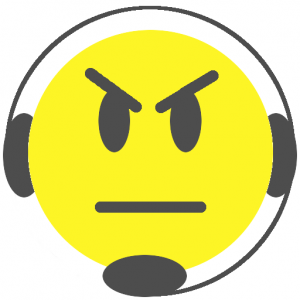 Just found an article on the Los Angeles Times titled How To Torment Telemarketers. Mark Levitt. A man after my own heart.

“I’m tired of being a victim,” Levitt told me. “So I’ll do my part to protect myself and also keep the telemarketer busy so he’s not calling someone else.”

This person understands. And I’m glad that he found a sympathetic ear with David Lazarus at the Los Angeles Times.  It’s a fun article, and there are lots of other people that David found that do similar things. Basically, if they telemarketer is talking to you, they aren’t scamming someone else.

Mark tries to keep them on the line as long as possible. This is the key – be interested, but non-committal. A fellow tormentor Hugh Brown says he hasn’t broken 30 minutes, but often gets over 20 minutes. I’ve broken 30 minutes a couple of times, but to get into the 20 minute rage frequently is outstanding.

While I did like the article, I have to take serious exception to B.R. Lister from Orange County. He suggests getting an air-horn and blowing it into the ear-piece. That does sound fun, however modern telephony equipment will not accurately translate the 120dB blast from an air-horn through the phone lines into a duplicated 120dB deafing wind into the telemarketers ear. Your hearing is going to be damaged more than the telemarketers. So take it from me (or anyone else, for that matter) to please don’t do this.

So there are others out there. If so, I’d like to hear from you, too.  Leave a comment with your best time keeping a telemarketer on the line.

Posted in On The Web | Tagged: robocall, Telemarketers
« Is Call Blocking effective against Robocalls? I don’t think so.
Is your telemarketing partner a liability? »