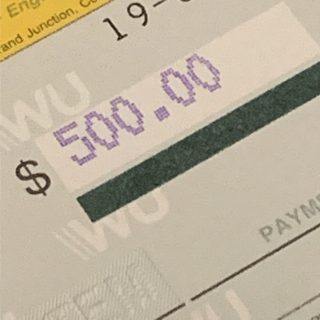 If you’re like many people, you get Telemarketers calling you with pre-records and other unsolicited offers and products. It may only be a few calls a week. It might be dozens of calls per day.

How about if I told you that you can GET PAID to waste a telemarketers time? Would you answer a telemarketer’s call if you could pocket $250 for doing so? How about if you were paid $1,500 for answering a telemarketing call? Would that make it worth your time?

If you’ve read some of the other articles on this page, you’ll know that I think the only way to get rid of telemarketers is to take the profit out of them. Previously, I advocated talking to them and reducing the number of outbound calls they can make. However, it takes a lot of people to do that. It also takes time. Why would you take time out of your day to waste a telemarketers time, even if it was for the greater good? Making money doing this is a game changer.

Thanks to Congress, you can get paid for answering telemarketers calls. It’s called the Telephone Consumer Protection Act. It’s also known in the United States Code as 47 USC Sec. 227. One of the provisions of the TCPA is private right of action. That means you can sue them. Take them to court (small claims or get an lawyer), show them your evidence, cite the TCPA, plead your case – and collect money. Sometimes you don’t have to take them to court. Just showing them your evidence and citing the TCPA is enough to get some to pay up. Believe me – they know what they are doing.

In the last few months, I’ve been paid $8,500 by telemarketers. Yes, you’ve read that right. And I have more on deck that I’m working to collect against. I also know others that have made that much, and more. One teenager bought himself a car doing what I’ve started doing. What an awesome kid.

I know you have questions. Is it hard? What kinds of calls are actionable? I’ve heard about this, but I don’t know how to start? How do I do this?

I was the same way. I knew I could do this, but like many, having a blueprint made all the difference. The Robocalls.cash program can help you out.

Isn’t it about time you went and started getting your money? If you think so, go get the Robocalls.cash kit, and get your share. There’s a growing community of us, and we’re willing to help you get what Congress says you’re due.