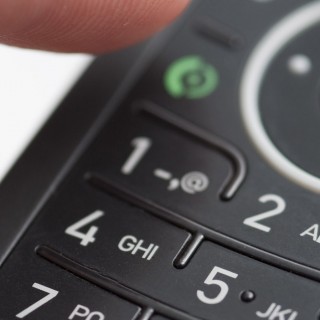 In the post “Telemarketers Press 1 Campaign Anti-Pattern“, we discussed adding a DTMF ‘1’ to your answering machine message.  This was to increase the number of billed “call transfer” or “referral” charges to the business that is using telemarketing.  This seems to be a pretty common offering for robocalled telemarketing.  The autodialers do their job, calling millions of numbers to deliver a message. The message pleads for you to press ‘1’ for more exciting information that causes your wallet to gush forth it’s contents.  In the end, you feel used and abused, and begin that walk of shame back to return the phone to its cradle. Or so the telemarketers want.

However, after looking around at web sites for providers of “Press 1 Campaign” services, I noticed this little gem:

Where this came from isn’t important, they filter on the Federal DNC list, so I’m not going to link it.  If you can’t read the graphic, it says:

So what happens if just an extra 120 people per hour press ‘1’, even to just request to be put on their Do No Call list?  That drops their usable capacity to 120 calls/hour.  The outbound call rate would drop to an average of 33 calls/second AUTOMATICALLY if this “Stop” statement is accurate.  That means for every minute you keep them on the line, nearly 200 people aren’t getting called. Over a typical 16 hour day, that’s 1,900,800 people would not get called.  And it only takes 1,920 people throughout the day.  It would also drop their revenues by 50%.  That’s significant.

If we only concentrate on dropping their revenue but just 10%, it only takes 24 people/hour, or just 384 people per day.  And save nearly 400,000 people from having their homes disturbed by telemarketers.

This particular service boasts a telephone database of 250,000,000 numbers.  Is getting 384 people per day to Torment Telemarketers too much to ask?

Posted in On The Web | Tagged: press1campaign, robocalls
« “Hello, This is Lenny” gets lied to by a Telemarketer
Tormenting the “Windows Support” Scam Telemarketers »