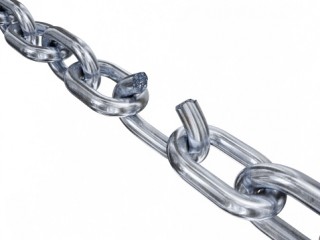 Rule 1: NEVER answer a call unless you know that number. If it is important, they will leave voice mail or text you.
Rule 2: There are no other rules.

Sorry Bob, I disagree. It depends upon what your goal is. If your goal is to try to ignore them, then go ahead. And that’s okay. The only issue is that ignored calls are not reported to the FTC. Even if they are, reports of spoofed numbers with no accompanying information doesn’t provide much actionable information for anyone. And individual spoofed numbers with no information doesn’t rise the level of being a reasonable target to the FTC for them to take action. So the calls will continue unchallenged.

We need more individuals to take direct action against them. We can’t depend upon the government alone. We need to break this chain of inaction.

When the FTC receives a bunch of reports of spoofed numbers with no additional information, it’s really hard to track down and find a pattern. If more reports within each group of areacode/exchange also contained the name of the company, lots of different blocks of spoofed numbers can be combined as part of the investigation – and having more positive information about the perpetrator can significantly advance the investigation without requiring as many subpoenas for documents. If they get fined, that hurts them. Although the number of times the FTC fine is reduced based on “ability to pay”, this is almost considered a cost of doing business. But it helps reduce profitability.

There are those here that have taken that information and filed individual TCPA lawsuits against them. That also hurts them, and costs them profits.

Finally, while they are talking to me, they aren’t talking to a potential victim. And I try to keep them from realizing that for as long as I can. That’s a lost opportunity cost for them.

They are playing a numbers game, and I want to change the rules. Their operations absolutely depends upon uninterested people to not answer, and not press ‘1’ for an agent, and not pre-qualifying to get to a Closer. Given that the average telemarketer can blast out a million of more calls per day, they know only a very small fraction will be home, will answer the call, will press ‘1’, and get transferred to a closer. Of that very small fraction, only a fraction of them will actually convert to a sale. That is where their revenue comes from. That is how the agent you’re talking to gets paid. And more importantly, that’s how the owner of the operation gets paid.

The first two actions (FTC and lawsuits) impact profitability by taking it away profits after the victims have been damaged.  The last prevents profits from being received. If we all work together, we can take the profit out of telemarketing. If illegal telemarketing is no longer profitable, it will stop.