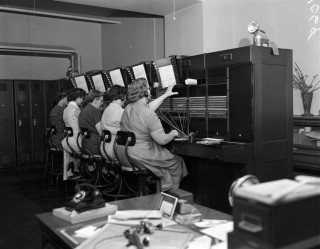 Hello fellow Tormentors! Sorry I’ve been busy for a while, but I felt I needed to come back again. Today, I want to talk about Call Blocking.

If you’ve been on places like 800notes.com or the FTC.gov, you’ll notice a strong tendency to suggest two things: “Do not answer the call” and “Use a Call Blocker”.  It’s almost blasphemy to suggest anything else. It’s not that any of them are “afraid” of answering their phones, but others should follow their lead for their own safety. They are not afraid of answering the phones, but if you suggest otherwise, there is a laundry list of nasty things the telemarketers might do to you. But they are not afraid. You should be. Some think it’s a waste of time, yet they also appear to be spending a lot of time telling people to not answer calls.

The only problem I see, is that the telemarketing industry, and especially the scam artists, have incorporated peoples behavior to make telemarketing less risky and more profitable. They have incorporated, and even benefited, from call blocking by those that will not succumb to their scams. “But if I block them, it means they aren’t making money off me”. Well, whoop-de-doo. That would only be significant if you would always give them money should you actually answer the phone. Since you wouldn’t, there’s no material impact to their income by you blocking.

In the old days, telemarketers had to manually dial the phones. They would stick their finger into a rotary dial and spin it around several times. Sometimes they would be rewarded with someone answering the phone. Often, they would get turned down. Other times, there was no answer. The telemarketer had to hang up and dial again. This was tedious and relatively expensive. In order to reduce costs, the numbers that people would be given to dial would be curated into a list of people likely to purchase.

Bring in the automation. Computers were used to do the dialing. The computer would detect if the phone was answered and connect to a telemarketer. The computer could dial numbers easier and faster than a human. It would not bother the human telemarketer if the call wasn’t answered, wasn’t in service, etc. This saved time for the telemarketers. About this time, people decided to stop answering their phones and use answering machines. The age of “Screening Calls” was born. This was the beginning of the “don’t answer the call” and an initial type of “blocking” activity. Did it work? No, telemarketing continued.

There was still the “answering machine” problem. Sometimes human telemarketers would get a call transfer which was answered by an answering machine. This was wasteful of time, too. So there was advances in detecting answering machines. Calls only waited for a few rings before disconnected in order to avoid answering machine waste. There was also the advent of the RoboCall. If a call was answered by an answering machine, it still required the user to press ‘1’ to connect to a human. Better yet, if someone did answer, the computer would screen the call and avoid transferring unprofitable calls to the human telemarketer. As more people started ignoring calls, the computers could dial more numbers in less time. This increases the number of people they attempt to reach in the same amount of time. If 1 out of 10,000 people would buy the product, they would reach that person in less time.

It’s become obvious that the telemarketers are now using technology to brute force screen us as potential customers, rather than high quality lead lists. “Long Distance” charges are pretty much a thing of the past. We also have VoIP where even international calls can be places for virtually nothing. Computers are able to dial even faster than before. People are blocking calls buy buying new apps and phones with the feature. From the Federal Trade Commission Bi-Annual Report to Congress, Federal Trade Commission now receives over 375,000 complaints per month. In 2009, it was only 63,000 complaints per month. If call blocking was working, the number of complaints would go down. Instead, it enables telemarketers to place more calls to more people that don’t want them.

Remember back earlier in the article? Where the expensive part of the telemarketing process was the human that has to successfully close the sale? Notice in the Robocall, blocking, and complaining that this person is totally absent? Blocking and ignoring calls has resulted in us, as people, are now battling technology. Massive, cheap, tireless, unrelenting technology. We can’t win that. A telemarketer can make thousands of phone calls for the price 1 person spends buying a “call blocking” telephone, not including time spent adding in those thousands of numbers. Putting our time and money in avoiding the telemarketers is losing proposition.

Back to the telemarketing human agent that closes the deals. That is their limited resource. Not the auto-dialer. Not the robocalls. The human. We need to engage that person. Instead of trying to avoid the call, we need to make sure as absolutely as many of the telemarketing calls gets transferred to their limited number of humans. Even it’s it’s only for a minute. Telemarketers can call millions of phone every day, but there are not enough telemarketers to talk to millions of called people every day.

Let’s be clear, I think call blocking has its purposes. But it’s not a solution in the battle of telemarketing. We’ve been trying to avoid talking to telemarketers for over 30 years, and it’s not improved anything – in fact it’s make the problem worse. Insanity is doing the same thing and expecting a different result. It’s time we change the way we treat telemarketers and stop avoiding them. Take the fight directly to them.